Of Close Relatives in Faraway Lands

What you see above was the culmination of a long and eventful journey, literally to the end of the world. And boy, was I relieved. But let me start from the beginning (a very good place to start, as Maria told the Von Trapp kids).

When I told my friend Rabi, a strapping Sardar lad (as he still considers himself, despite him being two years elder to me, and everyone knows I’m ooooold) from Patiala, that I was going on a cruise to Svalbard, he got all excited. Frankly, I found his reaction a bit odd and over-the-top, for me being the snobbish me, I always thought that Rabi’s knowledge of geography began and ended with the address of Ms. Kamra, our hot Geography teacher in school.

But then I thought he’d misheard me, and was confusing Svalbard with one of his regular evening haunts.

“No, no, no, no” Rabi cried out in exasperation when I offered a clarification regarding our destination, “I’m talking about Svalbard only, that Norway waala, right?” When I nodded in the affirmative, he surprised me by saying, “My favourite aunt Dolly is settled there. She married a Chinese restaurateur (Narrator’s Note: Actually, he said dhaabe waala, but I’m paraphrasing to keep this story ‘cool’) and they now run a Chinese restaurant in Longyearbyen.”

I congratulated him warmly on his aunt’s marriage, to which he replied, “No, no, no, no….they got divorced within two weeks of their marriage when my uncle, or should I say, ex-uncle, realized that my aunt did not belong to any royal family.”

That stumped me, and despite myself, I was forced to ask, “But why did he ever think that she belonged to the royal family?”  Rabi replied in a tone filled with patience, as if explaining simple things like 2+2=4 to a 3-year old delinquent, “Well, he heard her mother refer to her as Patiale ki Maharani during a fight, and looked it up in Google Translate of course. That is when he decided to propose to her, since he’d never married someone from a royal family before.”

“But why are they running a restaurant together then?” I asked. Rabi replied, “Well, she loves Chinese food, and he loves his aaloo-paranthas, Butter Chicken, and Rajma-Chawal, and where else in Svalbard would they find either cuisine?”

I gave up, and asked, “Do you want to send anything for your aunt then?” Rabi replied, “Let me ask her and let you know.”

And that is how I traveled to Longyearbyen, the northernmost town in the world, with 10 Kgs of MDH Garam Masala for Rabi’s ex-uncle, and a fidget spinner for his aunt.

So I reached Longyearbyen and started looking around for his aunt. I first asked this pretty Indian lady, standing inside a hole-in-the-wall,  if she knew where Rabi’s aunt Dolly lived. But she said she had no idea, since she didn’t like Indians, or people in general.

So I obviously asked her to marry me, to which she agreed, and we did the rest of the trip together.

We then reached the town center and started asking around. We first went to the Post Office, but they did not have her address, as the only letters processed there were those being sent by tourists to their homes in their countries, as a souvenir of sorts.

We then went to the Tourist Information Office, but they too had no idea where Dolly Chan lived, as she was neither a tourist, nor a tourist sight.

So we then asked this nice young husky, who was just about to leave on his snow-mobile with his man. He froze when we took Dolly’s name, and after ten minutes, said, “Go right, and you can never go wrong.”

So we kept going right, and finally, after 10 Kilometers, we finally found what we were looking for. Our long journey, and desperate search, was finally over, for we had arrived at the home of Rabi’s aunt! 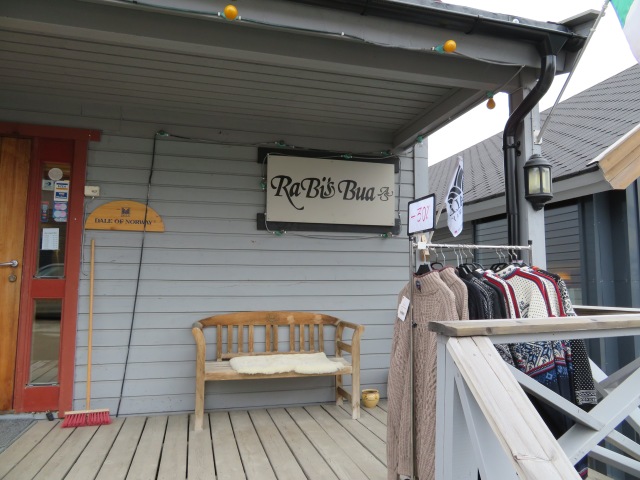 At the age of 40, I decided to exit the corporate world, and enter the world of stories as a full-time writer. Wish me luck!
View all posts by anuragbakhshi →
This entry was posted in Uncategorized and tagged Chinese, Cruise, fantasy, Food, Fun, Humour, huskies, Imagination, longyearbyen, Love, Nonsense, Norway, Punjabi, Quirky, Relatives, Story, svalbard, Tales, Tour, Tourists, Travel, Travelogue. Bookmark the permalink.