Posted on December 11, 2018 by anuragbakhshi 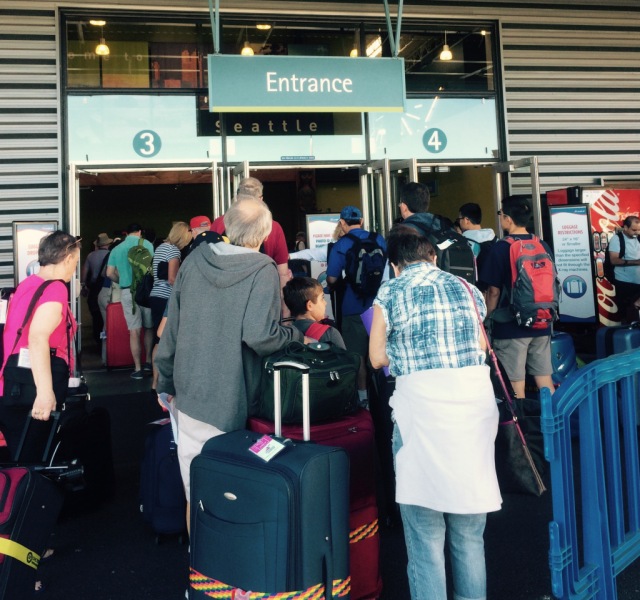 The queue at the entrance to the airport was getting longer by the minute. It seemed that the entire city of Seattle was embarking on a mass exodus.

Like zombies, they kept pouring into the terminal, their eyes vacant, faces blank, till there was no space left to accommodate them, till even the toilets were filled to the brim with the sea of humanity.

Inside the office of the Airport Manager, a War Council was in progress.

“I’ve never seen crowds like these, not even during the dreaded coffee drought,” remarked Emily.

Luke nodded vigorously and said, “The crazy thing is  these people don’t care where they go, as long as it’s not Seattle.”

“You would’ve thought the authorities would have anticipated this and planned for it,” Edward piped up.

Fuming, George contributed his two bits in an acerbic tone, “Ha! Unannounced visits by Seattle’s favorite son? You don’t have to be Bill Gates to know that taking Dr. Frasier Crane to people’s homes was not a great idea!”

Written as a part of Sunday Photo Fiction, hosted by Susan Spaulding. The challenge is to write a story in 200 words or less, inspired by the weekly photo prompt. For more details visit HERE. To read more stories based on this week’s prompt, visit HERE.