When we first landed on the planet that its original inhabitants called Earth, we were surprised at the minimal level of resistance that we faced.

When we had watched pirated copies of moving pictures like Independence Day and War of The Worlds in preparation of our invasion, we had expected massive firepower, organized resistance, and legendary heroes standing up tall against us.

The reality, however, turned out to be much more prosaic and boring. The humans were so fed up with their current leaders, that they actually welcomed us with open arms, especially when they came to know that we were vegetarians.

Which was a good thing for us too, because we were an agrarian race, and needed all the humans we could get to help out on the fields. Their blown-to-bits bodies would be of little use to us.

It had taken us decades to perfect the technology of converting the living human body into organic manure in barrels, it would be a shame to let it go to waste. 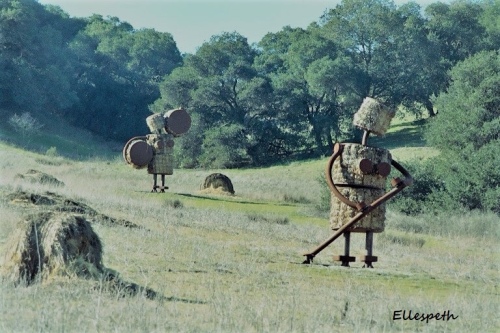 Written as a part of Flash Fiction for Aspiring Writers

, hosted by Priceless Joy. The objective is to write a story in 175 words or less, inspired by the weekly photo prompt.

This is also my entry for the #AtoZChallenge and #BlogchatterA2Z. Today’s letter was V, which, in my story, stands for Vegetarian Victors.