The Great Gully (An Eco-friendly Story)

She was the first one to see them, the hooligans, the delinquents, spoiling the natural, untouched beauty and the pristine air of her lovely town.

They had come from an outside land, and now spent the day painting their truck with poisonous spray paint of various colours. Some people called it art, but she called it an abomination. 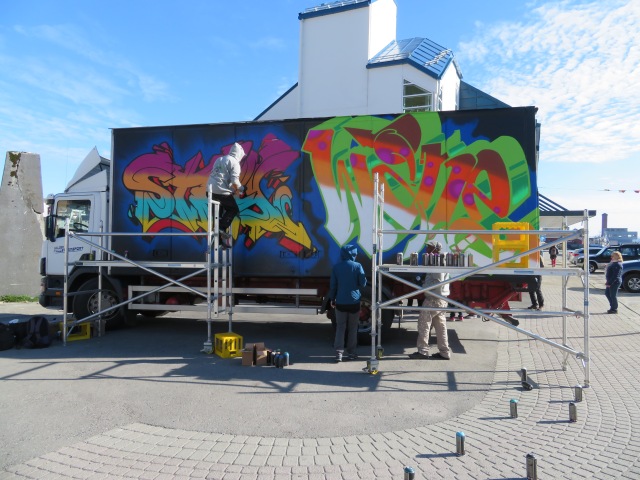 She knew how bad those paints were for the environment. Even those criminals knew about it, that is why THEY wore face masks while using their spray cans. But what about her people, her little birds, who called this beautiful town their home?

She waited for three days for them to pack up and leave, but they seemed to have settled down there for good. And so, when she could not take it anymore, she called out to them, and said, “Can you please stop spreading this poison in the air?” Their leader laughed, and replied, “You are a statue, how does it matter to you?” She said, “But this is my town, so please stop.” Their leader just shook his head and continued painting.

This made her very, very angry, and she shouted at him, “If you do not stop, I will have to stop you by force.”  All of them started rolling with laughter on hearing this, and one of them replied, “Read my lips, YOU ARE A STATUE. Also, you have no arms and no legs. How on earth do you plan on stopping us?” And they started guffawing loudly again, like a villain from a 1970s Hindi film.

For she did not suddenly become an 80 feet high Goddess, or sprout wings (to compensate for her missing arms). No, she remained a statue, but with her eyes, she signaled a little sparrow who was sitting on the side of the road, watching this altercation, waiting for her signal. And now, the signal was there, and it was very clear- Let the mayhem begin.

So, the sparrow signaled to her sister across the street,

who, in turn, shouted out to the two seagulls on the rooftop, stationed there for just this purpose, acting as the equivalent of the Tom-Toms used by the tribes in Phantom’s jungle.

The two seagulls had a clear line of vision across the rooftops, to their cousin who was strolling on the waterfront, biding his time before he got his next contract. His name was Sven, but everyone called him The Great Gully.

The signal came, and The Great Gully’s face twisted into a smile. The game was on.

He flexed various muscles of his body, his biceps, triceps, quadriceps et al, and jumped into the air….only to land 20 meters away, on the windowsill of the best Pizzeria in town. “Make it a double, ” he told the waiter, who quickly ran inside, and within minutes, was out with 50 inch pizza, with a 10-inch thick layer of molten cheese on it. 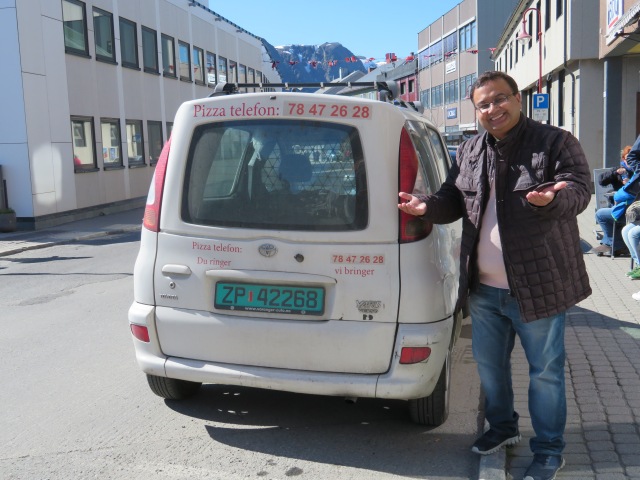 The Great Gully looked at the pizza, savouring this vision from heaven with his eyes for a moment, and then, in one quick bite, gobbled up the entire thing, without even stopping to take a burp in between.

Now, he was ready.

He ambled across the street (the pizza was slightly heavy, so he wanted to give it two minutes before flying) to the place where the gang was doing its painting, and saw them work for a minute. They were quite good, he thought, but then, he had a job to do.

So, he flew up in the air, 50 meters, 100 meters, 500 meters, 1000 meters, 5000 meters….And then, positioned vertically above the truck, he started some weird-looking gyrations, twisting and turning, huffing and puffing, and after half an hour of effort, his expression suddenly changed to one of relief, AND HE POOPED.

But this, ladies and gentlemen, was no ordinary poop. This was the entire 50 inch pizza, with the 10-inch thick layer of molten cheese…only, much deadlier now, for it had passed through the The Great Gully!

And the grandmother of all smart bombs was now on its way, with a loud whooooosh. Everyone in the town knew what was coming as soon as they heard the sound. So, they shut their shops, rushed to their homes, and got into their nuclear bunkers, which were mandatory for each home here, to protect them from precisely such an eventuality.

The poor gang did not stand a chance.

The pizza bomb landed bang on top of their truck, and the truck just exploded, throwing the gang 100 meters away, into the sea, where they were now bobbing up and down, stuttering and sputtering, along with their truck, which was now technically a deconstructed truck, with its chassis having flown to one side, and the axle to another.

The Great Gully now flew back to the ground, and calmly sat on one of the tyres of the truck, which had landed near the water, looking at the havoc caused by his bomb with great pride, like a doting mother looks upon her angelic child. His job was done.

And at the side of the road, if you looked closely enough, you could detect just the trace of a small smile on the face of the statue. Her town was safe once again.

At the age of 40, I decided to exit the corporate world, and enter the world of stories as a full-time writer. Wish me luck!
View all posts by anuragbakhshi →
This entry was posted in Uncategorized and tagged Cruise, fantasy, Fun, Graffiti, honningsvag, Humour, Imagination, magic, Nonsense, Norway, pizza, Quirky, seagull, sparrows, Story, Tour, Tourists, Travel, Travelogue. Bookmark the permalink.