The Guardian of Secrets

My brief, though not written, was to protect the treasures of the souvenir shop

And I had sworn to keep fighting to protect it, even to my blood’s last drop

But now, I was conflicted, between my duty and my instinct

For I wanted to chew and gobble up this imbecile, to put it in a manner succinct

For generations, my family had been the sole protectors of a secret so huge

This innocent-looking souvenir shop that you see in the background, behind this fat Indian who obviously loves eating his curry

Is the warehouse where trolls had stored all their gold, diamonds & jewels before they’d left ages ago, in a real hurry

They could not carry all of it, for there just wasn’t enough space on board

For countless number of years, one of us has stood here, proud & erect

And each successor is trained from the childhood to pose as a statue, but if needed, die doing what is correct

Until now, that, is, this fateful day, when all those sacrifices have proven to be futile

Because this imbecile had to stand right next to me for a photo, and smile

His wife clicked the photo, and I instinctively bared my teeth in a smirk, knowing even then that it was unwise

And that is how my secret was finally revealed, that I was not a statue, but a live hell-hound in disguise

When suddenly everything went quiet, like the calm before a storm

But imagine my surprise, when the Indian welcomed the troll king like a long lost brother

They hugged with joy, and started reminiscing fondly about one thing or another

And it was then that both of them turned to me, for I was standing scared and clueless, looking like a complete tool

And the troll king said- You’re always so serious, so we decided to bring some excitement into your dull life by playing this prank, and making you a….APRIL FOOL! 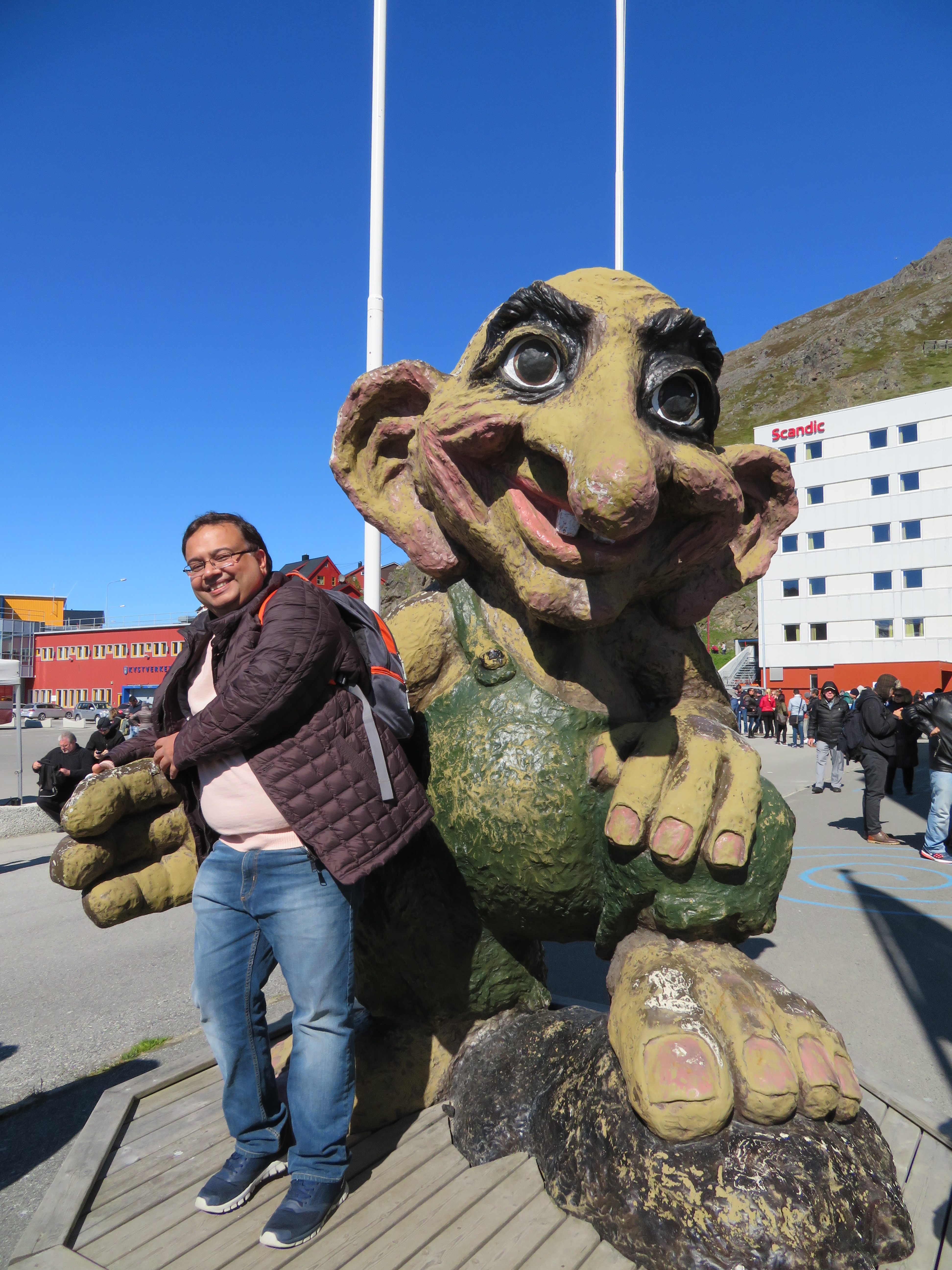 At the age of 40, I decided to exit the corporate world, and enter the world of stories as a full-time writer. Wish me luck!
View all posts by anuragbakhshi →
This entry was posted in Uncategorized and tagged Cruise, fantasy, Fun, honningsvag, Humour, Imagination, magic, Nonsense, Norway, poetry, Quirky, Story, Tour, Tourists, Travel, Travelogue, trolls, verse. Bookmark the permalink.

1 Response to The Guardian of Secrets