The Girl with the Bronze Statue

On the pretty, colourful streets of Bergen, outside a souvenir shop

I saw a sight that almost literally made my jaw drop

Doesn’t she know that it is awfully rude to stare

My wife, at my prompting, looked in that direction

What if she is like Urmila in Pyaar Tune Kya Kiya, she said

We must do something, and soon, for her very sight is beginning to fill me with dread

So, after much deliberation, I decided that what the girl could do, I could too

And so I walked up to her defiantly, looked her in the eyes, and shouted- STATUE

But sometimes, you see, when one underestimates the extent of one’s own magic

It can lead to results that, in the end, turn out to be quite tragic

For my already great magical prowess had been magnified manifold

Before I knew it, without any warning, the belligerent girl had made way 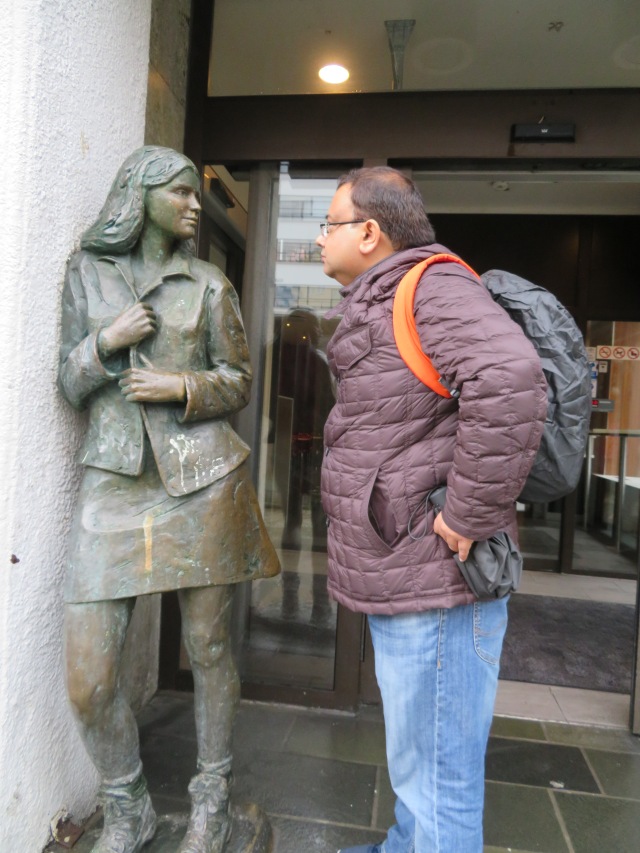 At the age of 40, I decided to exit the corporate world, and enter the world of stories as a full-time writer. Wish me luck!
View all posts by anuragbakhshi →
This entry was posted in Uncategorized and tagged Bergen, Bryggen, Cruise, fantasy, Fun, Humour, Imagination, Land of the Midnight Sun, magic, Nonsense, Norway, poem, poetry, Quirky, Story, Travel, Travelogue, verse. Bookmark the permalink.